Asset Tracking in the Smart Mesh

The other way around

Keeping track of valuable assets solves a number of business challenges to stay efficient and minimize loss. Privately, it's about convenience, when you try to find your car keys somewhere in the house. But keeping a tap in real time on things has been a difficult problem to solve. 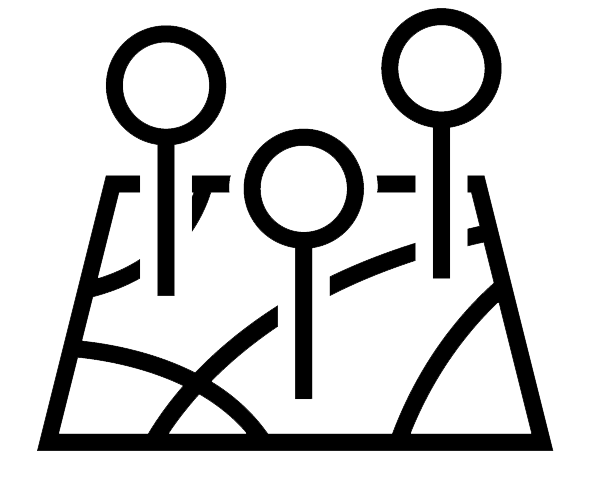 In the consumer world, startup companies such as Tile, Trackr, Stick-n-find and many others are using the low power Bluetooth Low Energy hardware to tether a tag on a suitcase or your key chain for example with the smartphone. All these devices run on battery for maybe a year, some are replaceable, some single use. These class of devices, so called "tether trackers" give information how far away an asset is and if it gets out of range. In addition some trackers send out a unique data packet that can be picked up by other smart phones when they run an app for that particular device. Trackr uses a funky term, "Crowd GPS", which just means that other people pick up the location of your stuff and send it to the company's server along with the information who received the information and where. But that only works when there is a critical density of people running that app.

Industrial asset tracking often involves RFID devices that don't need batteries because battery replacement is likely not manageable. Those mostly need a "narrow gate" where a larger antenna is able to communicate at close range with RFID tags. You know that from your local store. Of course, larger and more valuable assets even use GPS with cell phone radios, so the company knows where the rail tank cars or hazmat trucks are at all times.

Tracking in the Smart Mesh turns the way to find assets around. Instead of communicating with the asset tracker device itself, the Smart Mesh infrastructure is the system that automatically tracks assets. If you want to know, where you left your car keys, you would ask the mesh network nodes, who has seen your car keys, when and where. The mesh node that has the newest information and the strongest signal would likely be close to the location of your car keys, and you can find it. Mesh nodes in you house can be light switches, energy monitors of appliances, temperature sensors or your HVAC control unit.

The big advantage is, that the mesh tracker device does not have to send out packets at the rate the BLE trackers do. They don't need to be connectable, thus one "ASSET ANNOUNCE" packet every 20 or 30 seconds is enough, instead of one or more per second. That rate can be further reduced if the movable asset employs an accelerometer, that triggers, when the asset is in motion.

This way we are able to dramatically reduce power consumption. We can then further miniaturize those trackers to allow better deployment or increase the battery life to many years.

This Tracker Model finds assets within a mesh network. When a device wishes to find an asset it sends a "TRACKER FIND" message into the mesh network. Any mesh node that has recently heard from an asset that is trying to be found responds with an "TRACKER REPORT" message indicating when and how loud it heard this message. The node that reports the shortest distance of that asset is then closest.

It is possible that a device that has only heard a message with a weak signal, delays its response or does not respond at all if it subsequently hears another device saying that it had heard the device at a stronger signal level more recently. This optimizes the number of messages transmitted by devices in the network when an asset has been moving around the network. A device that is listening for and recording asset presence messages do not need to save every presence message that it receives. It could only save a subset of messages based on various heuristics such as signal strength or number of devices or frequency of message receipt.

The nodes participating in the Tracker Model has a tracker cache, with a list of the last seen asset broadcasts with associated data. Such associated data includes the received signal strength (or distance) and the time when that asset broadcast was received. It is impossible to store all possible asset broadcast messages received on a device and therefore it is assumed that devices implementing the tracker model uses a least-recently-used algorithm to remove aged and/or weak data. The actual algorithm used is an implementation issue. We use a 10 minutes window, where the cache entry is deleted if the asset hasn't been picked up. 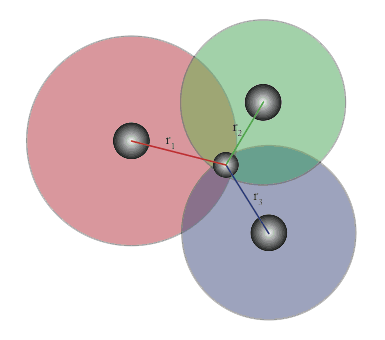 Furthermore, BLE defines 3 channels as carrier of mesh packets. Those are at the opposite spectrum of the ISM band, Bluetooth uses, nearly 100MHz apart. A signal coming from the same location at different frequencies has certainly different propagation properties.

This leads to a vastly "jumpy" RSSI, even if the asset is not moving.

What makes the distance calculation more difficult is the often missing calibration of the transmitter. Assets should also announce their transmitter strength, so the receiver can calculate the real distance. That transmit strength depends on the physical properties of the surrounding space of the asset transmitter. It would transmit vastly different if mounted on a sheet metal or under material that contains water. It is best to use a calibration measurement when deploying assets and configure that into the transmitter. An asset that also announces, at what frequency it is transmitting, would further improve the distance calculation.

We use the following formula to calculate the distance from received information:

Taking into account at what frequency the tracker information was received, smoothing out the distance information can lead to much better distance calculation. Especially when using multiple receivers to triangulate (or better trilaterate) the actual location of the asset in space.

The combination of Wifi and BLE in a single device allows the realtime tracking of assets through the cloud. The AIRcable Gateway is such a device that scans for iBeacons, Eddystone beacons and Smart Mesh Asset Announce messages. The signal strength as well as the reported beacon data, which also contains the energy at which the message was transmitted is reported to a cloud based message broker (MQTT). Deploying multiple of those scanners over an area allows spacial and timely tracking of asses in that area using the trilateration formulas given above by simply subscribing to the secure channel on the server.