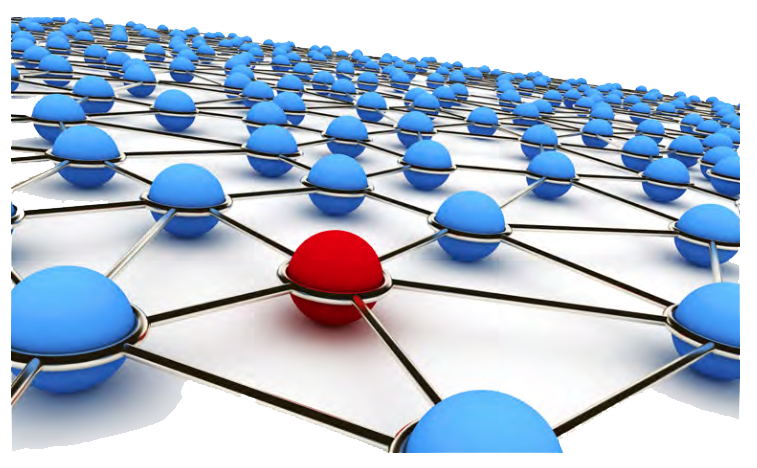 The propagation of radio waves within buildings is severely constrained by walls and other obstacles, which may prevent direct connection between devices. The new Bluetooth Smart Mesh improves communication by defining a protocol permitting an ad-hoc creation of a mesh network between Bluetooth Smart devices.

Through this protocol, the whole-home coverage or large deployment can now be addressed with Bluetooth wireless technology, enabling home automation and generic enterprise solutions. Thanks to the ubiquity of Bluetooth Smart Ready devices such as smart phones, commands and controls can be seamlessly achieved through smart phone applications.

Small data packets are transported from source to target through an undisciplined set of intermediary relay nodes. All these nodes form a mesh collaboratively transporting information from place to place using a simple flooding protocol. Addressing can be to a single element or a group of nodes.

Bluetooth Smart Mesh communications are all encrypted on a per packet basis. Mesh nodes must, a-priori, share a cryptographic key to communicate and relay information. In general only Mesh packets which can be decrypted by a node are either actioned or relayed; all other packets are silently discarded. A protocol is defined allowing for the secured exchange of network key or association of nodes to a mesh network.

The Smart Mesh application is available on the iTunes store and as source code on Github.